Birmingham’s history encompasses the post-Civil War industrial boom when it attracted workers and residents due to its many iron and steel foundries. It later became a proving ground for the Civil Rights Movement, and the battle for equality left its mark. Today, visitors to the city can explore both facets of its history, as well as a host of other entertaining and can’t-miss activities. If you are planning to visit Birmingham, Alabama, here are the top 10 activities to do there. 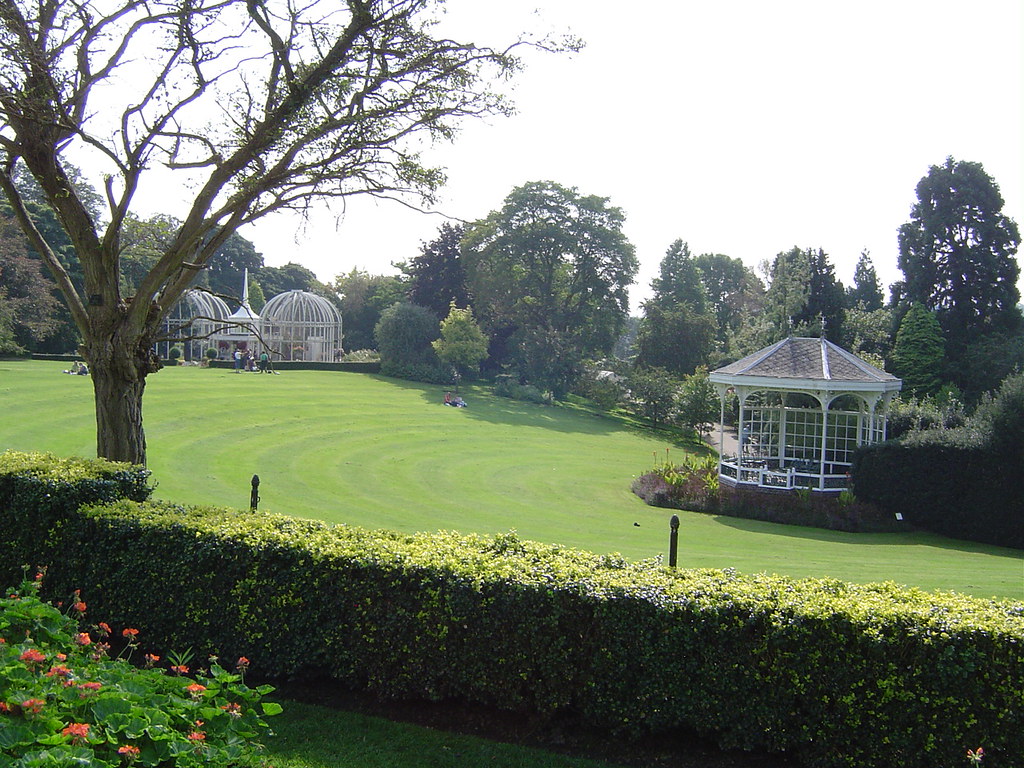 So much in Birmingham is closed on Mondays but not its Botanical Gardens. The grounds’ nearly 68 acres offer plenty of things to see, with collections and gardens organized around particular plants and/or themes such as hostas, roses, wildflowers, formal gardens and Japanese gardens. There’s even a set of garden “rooms” showcased by Southern Living to give visitors ideas for their own backyards. Explore statuary and other structural elements in addition to the flora. There are also daily tours given by the Friends of Birmingham Botanical Gardens association.

2. Get Cultured at the Birmingham Museum of Art

The Birmingham Museum of Art offers a little bit of everything—paintings, sculptures, textiles and more from pre-Columbian and Native American cultures all the way up to the modern-day. The museum has both permanent collections and temporary exhibits, showcasing art from around the world. Visitors also rave about the museum’s café, so stop by for lunch or a snack if you have time. Plus, both parking and admission are free!

3. Wander and Wonder at the McWane Science Center 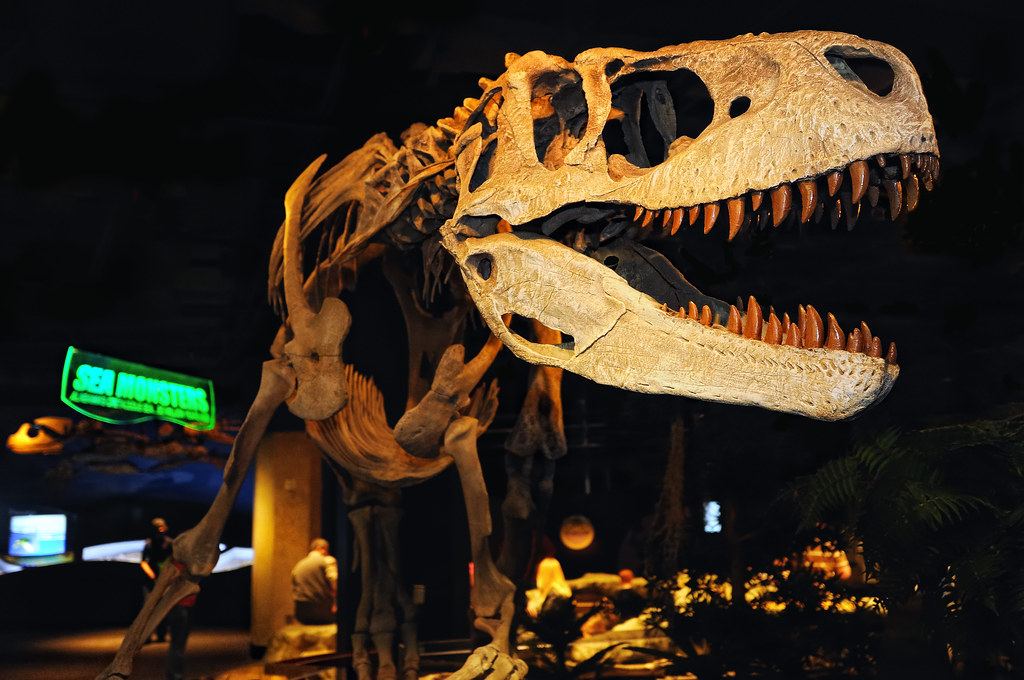 “Appalachiosaurus” (CC BY 2.0) by ralph and jenny

The kids will love the McWane Science Center, with its four floors of hands-on learning experiences. This includes the Shark and Ray Touch Tank and the Bubble Room, as well as exhibits of fossils from dinosaurs that lived in what is now Alabama and “sea monsters” that swam in Alabama’s waters millennia ago. There is also an Itty Bitty Magic City for visitors ages five and under and an IMAX theater. Note that you should reserve your IMAX tickets in advance of your visit, as shows tend to sell out. 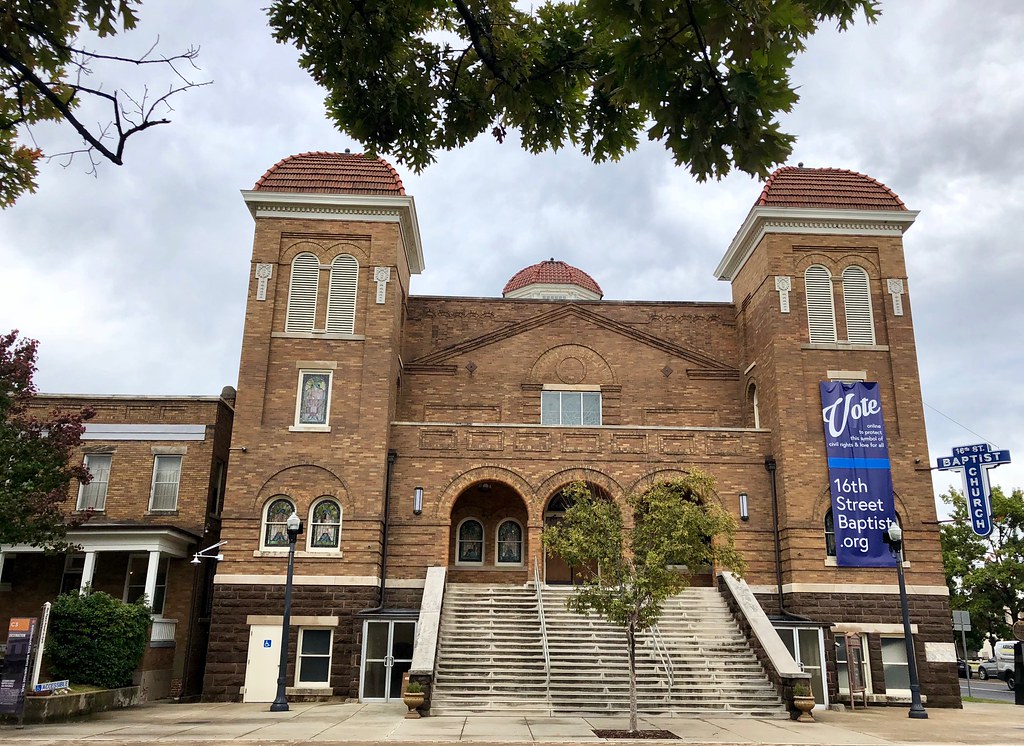 “Birmingham Civil Rights Institute and Ke” (CC BY 2.0) by amerune

No trip to Birmingham is wholly complete without a visit to the Birmingham Civil Rights Institute. The institute explores the Civil Rights Movement of the 1950s and ’60s in a procession of hands-on and interactive exhibits, including eyewitness accounts from activists, speakers, protestors, teachers and more. Explore the four-acre Kelly Ingram Park across the street as well, with its many evocative statues depicting the struggle for civil rights in Birmingham and beyond. 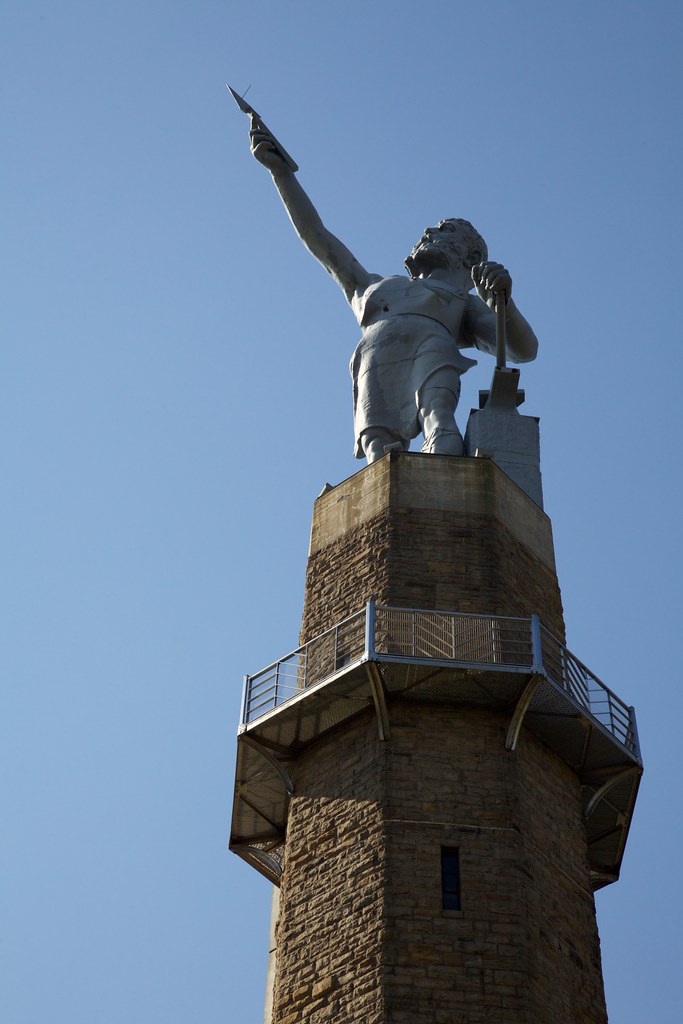 The Vulcan statue, located in the Vulcan Park and Museum, is the tallest cast-iron statue in the world. It was forged for the 1904 World’s Fair in St. Louis. Visitors can climb up its base as long as there are no thunderstorms in the area. From the observation deck, you’ll get a great view of Birmingham, and interpretive maps will help you pinpoint places that were important during the city’s iron and steel industry days. There is also a small museum here, which outlines Vulcan’s history, as well as Birmingham’s. The park, museum and statue are appropriate for children of all ages.

6. Get Revved Up at Barber Vintage Motorsports Museum 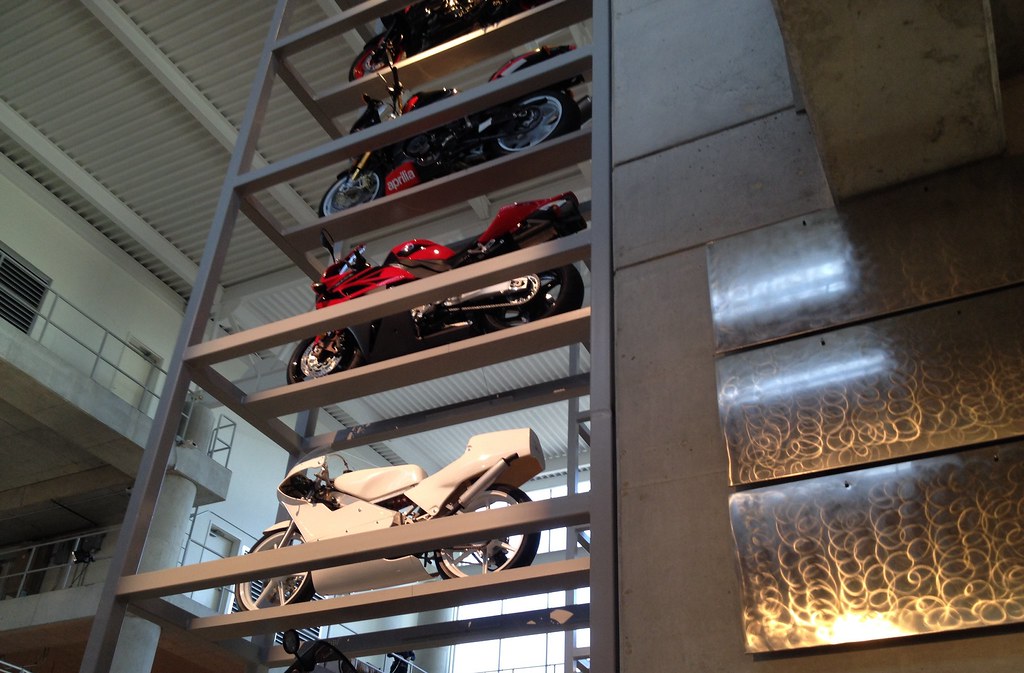 The Barber Vintage Motorsports Museum showcases owner George Barber’s love of cars and appreciation for motorcycles. The museum houses a collection of rare race cars, British Lotus sports cars and more than 1,400 different vintages and types of motorcycles. Visitors can also stroll around the track next door, both to look at the various statues along the paths and to see drivers testing out their rides. Leave yourself plenty of time, as there’s quite a lot to explore here.

7. Go for a Hike at Ruffner Mountain Nature Preserve 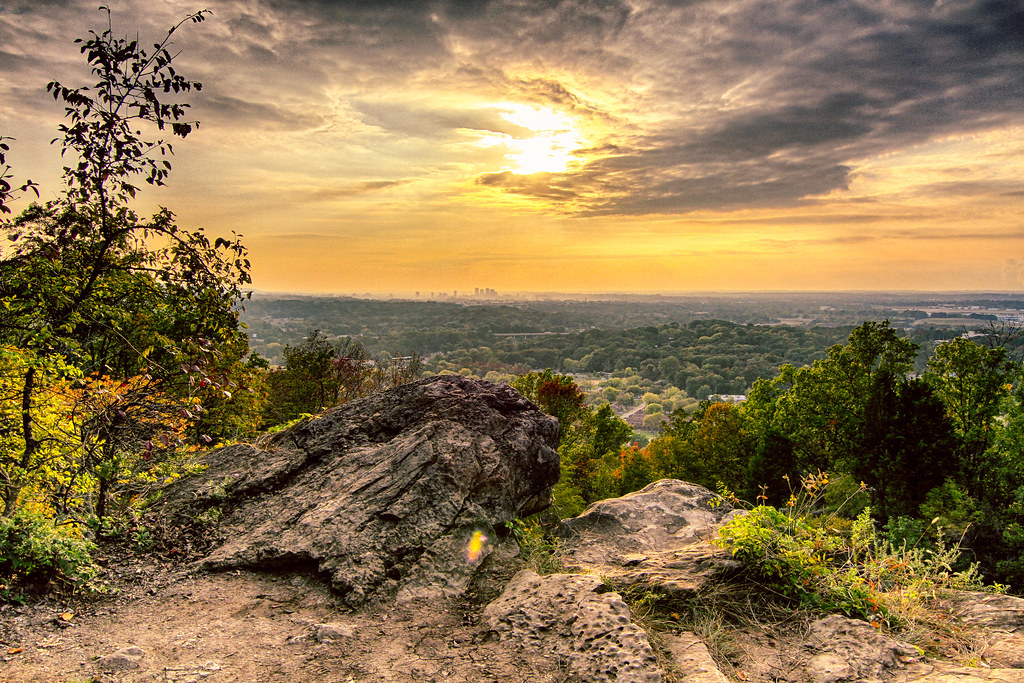 One moment you’re in a city—the next moment you’re completely surrounded by nature. Ruffner Mountain Nature Preserve is located in northeast Birmingham and offers miles of hiking trails. Besides trees and forest fauna, you’ll hike by old mining sites and have a chance to spot fossils in the quarry. The nature center features some kid-friendly exhibits with local wildlife and information about the various trails. The preserve is privately run by a nonprofit, so while entry is free, consider making a small donation.

8. Sit in a Cockpit at the Southern Museum of Flight 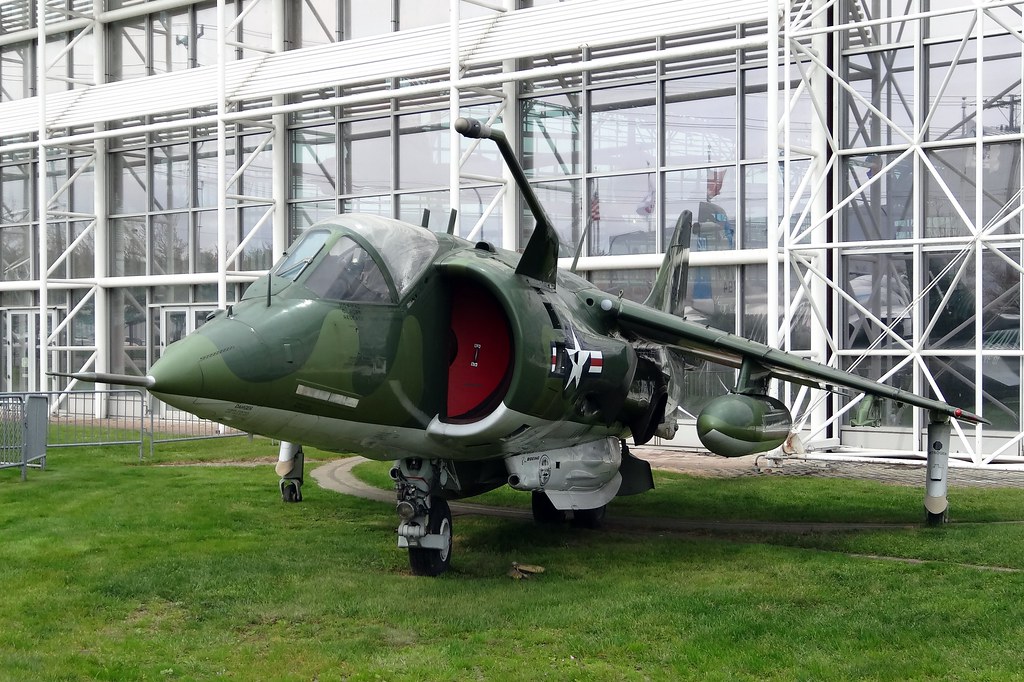 Not many cities have a museum celebrating aviation, so it’s always worth a visit when you’re in a city that does. Birmingham’s Southern Museum of Flight has an outdoor collection of aircraft, as well as inside exhibits highlighting the helicopters used in the Vietnam War, crop-dusting, the Lake Murray WWI-era B-25 Bomber, Korean War jets, the Tuskegee Airmen and more. Knowledgeable staff, interactive displays and flight simulators make this a museum young kids, teenagers and adults will all enjoy. 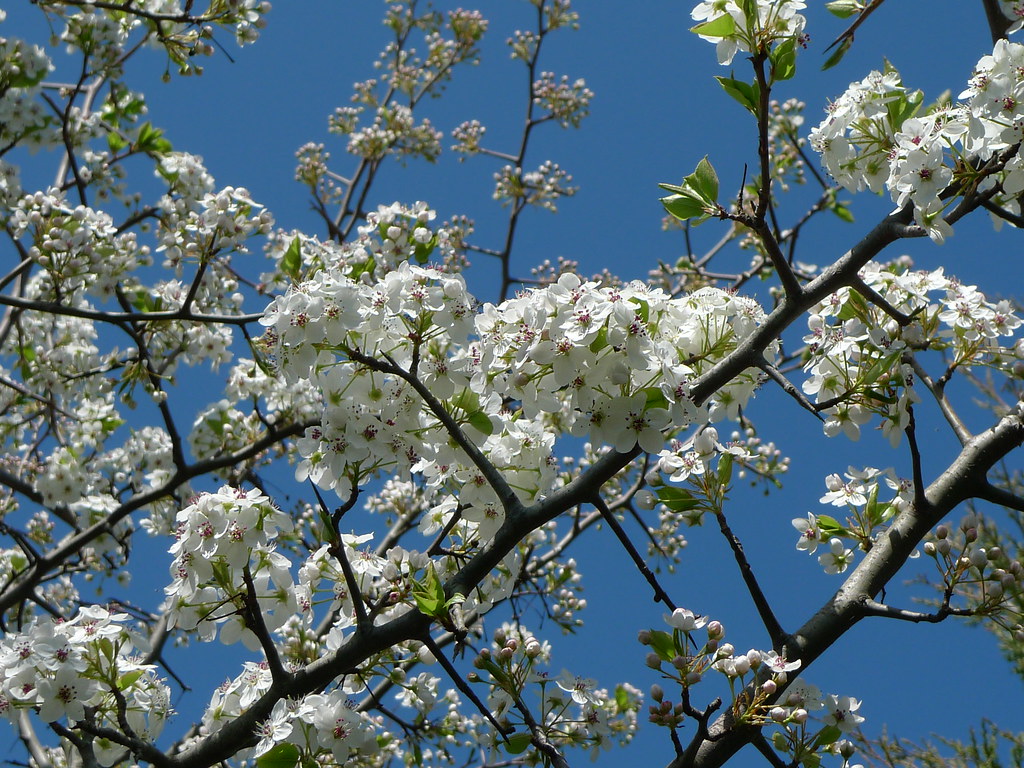 For a peek at Greek Revival architecture, visit the Arlington Antebellum Home and Gardens off Cotton Avenue in southwest Birmingham. Step back in time to the pre-Civil War 19th century and see how an upper-class family lived at the time. Arlington, which is listed on the National Register of Historic Places, has been carefully restored and features both original and period furnishings. You can tour it on your own or take a guided tour that you can set up in advance of your visit. There are also six acres of grounds and gardens to explore.

10. See the Animals at the Birmingham Zoo 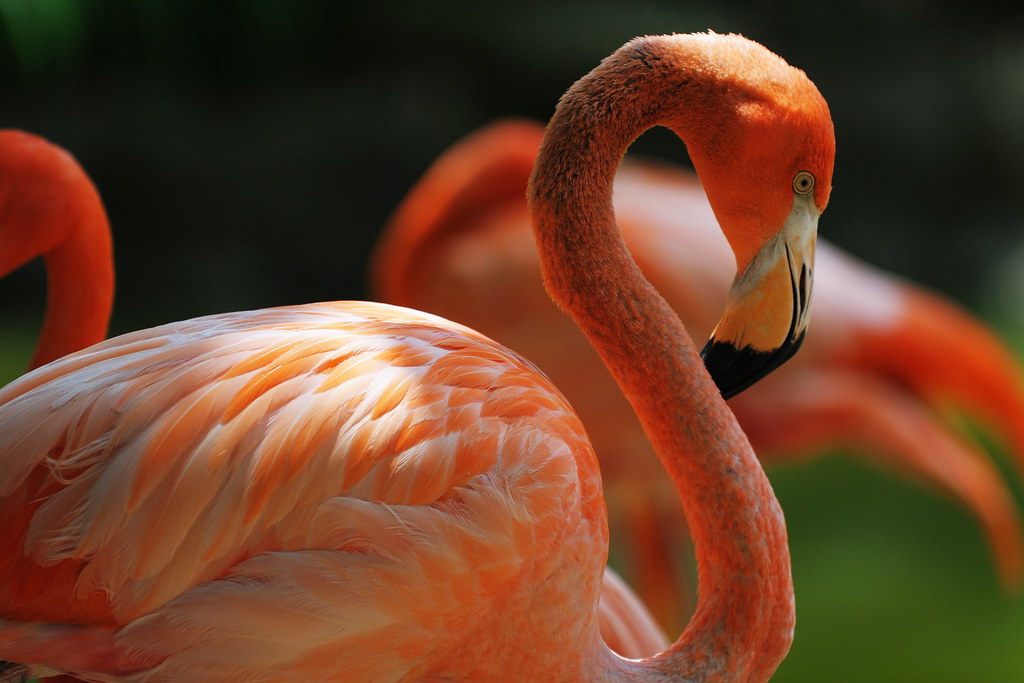 The Birmingham Zoo has been delighting people of all ages for more than 60 years, and when you visit, you’ll see why. Animals as varied as zebras, coyotes, elephants, monkeys, anteaters and jaguars live at the zoo, and the children’s zoo features activities for the youngest visitors, including a carousel. There are splash pads to play in for hot days, daily snake feedings, sea lion shows, alligator feedings and so much more. The zoo even makes accommodations for people with sensory issues, with quiet zones and headphone zones scattered throughout the grounds, and the ability to check out a “sensory bag” from the membership office, complete with noise-reducing headphones and fidget toys.

Bonus! Cheer for the Birmingham Barons 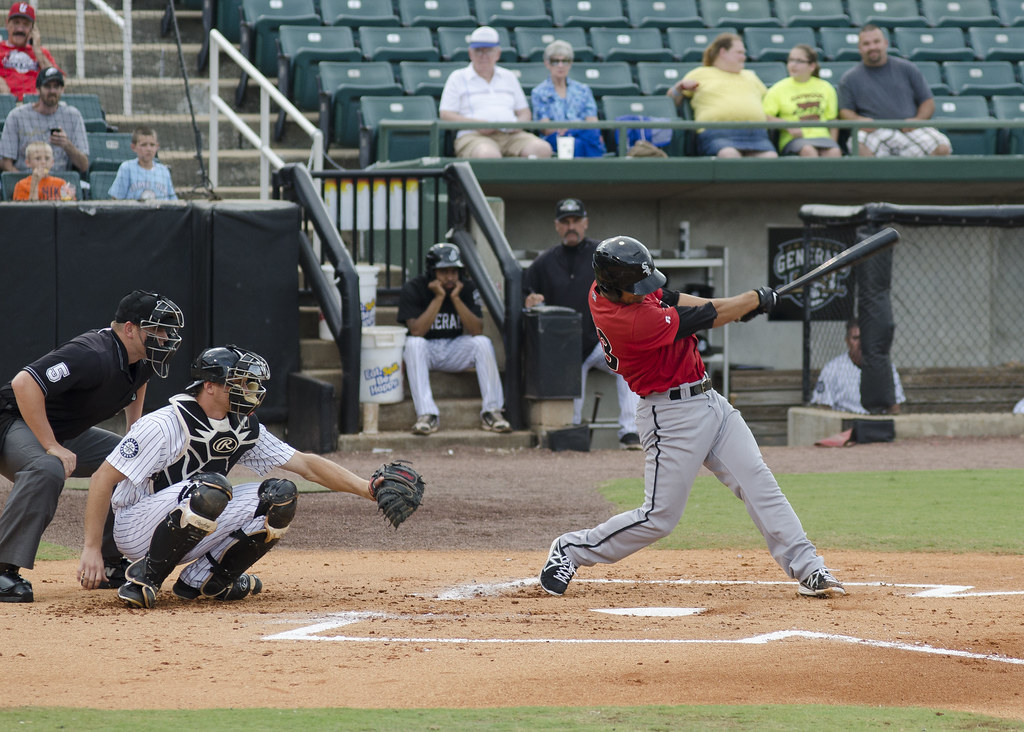 Each April through September, you have the chance to see future MLB stars take the field, as the Birmingham Barons play host to teams from around the Southern League. The Barons—the AA affiliate of the Chicago White Sox—have made their home in Birmingham since 1981 and moved downtown in 2013. Notable Barons alumni include 2019 MLB batting champ Tim Anderson, two-sport star Bo Jackson, Hall-of-Famer Frank Thomas and NBA great Michael Jordan, who played for Birmingham from 1994-95.

Top 10 Catfish Joints in the South

Fish trends may come and go, but good ol’ Southern fried catfish has always been here to stay. While you’ve likely got your own [...]

If you’re a country music fan, the chances are pretty good that you have Nashville on your travel bucket list. But even if your taste [...]

Top 10 Burgers in the South

Ahh, the mighty burger—one of America’s favorite foods. Its versatility allows for plenty of serious customization in search of [...]