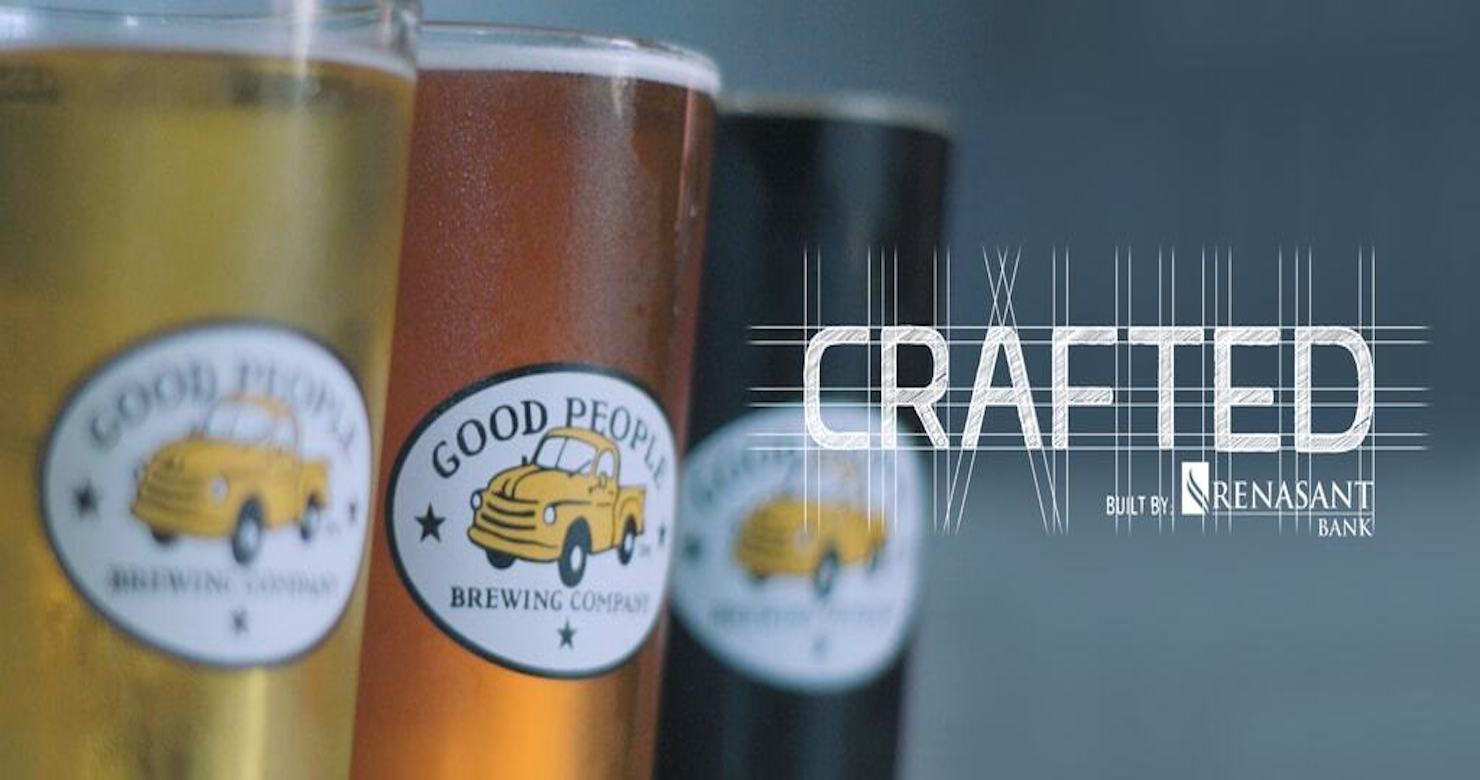 A GREAT STORY ABOUT GOOD PEOPLE

Good People Brewing Company is Alabama’s oldest and largest brewery. Since 2008, founders Michael Sellers and Jason Malone have been crafting Southern brews for the good people in the Deep South.

MICROBREWING BIG BUSINESS IN THE SOUTHEAST

“Macrobrews produce millions and millions of gallons [per day],” Jason said. “So we’re really quite small.”

Good People employs about 15 people on the production side of things and about 25 more work the taproom. Michael and Jason described Good People Brewing Company’s growth as organic, and that’s true for the staff as well. Most of them have been hired through the personal connections of employees already working at the brewery.

“We always come to work with people you like and you relate to. The inside joke is that it could be worse—we could have to work for a living,” Michael said.

Their core beers include the Bearded Lady wheat ale and a double IPA dubbed the “Snakehandler,” along with a flavorful pale ale and coffee oatmeal stout. These beers are available all over Alabama, Georgia, Tennessee and the Florida Panhandle. But the taproom is where the action is located. That’s where the brewers serve their more unique and eclectic creations.

“You have dreams when you start a business but you don’t really realize what that entails,” Jason said. “Things move so fast now; it’s kind of hard to hit time out and soak on how far we’ve come, but it’s crazy to think how far we’ve grown in such a short time.”